Projectors prove their worth when they offer content of all sorts to be presented on a big screen with exceptional image quality.

The content that is displayed via a projector in an office setting or in a home theater helps it’s consumers to fully enjoy and clearly understand whatever is presented to them.

There are various kinds of projectors in the market for specific needs. There are a plethora of brands which manufacture cheapest 4k projectors for home theater setups to office & formal business presentations.

For projectors to perform their best, picture settings need to be taken into account.

Hence, we have put forth a guide on What are the Best Picture Settings for a Projector.

Note : When you purchase a  new projector, the chances of it having a default calibration setting are rather high, and in most cases those default settings might not be ideal for the perfect display of pictures, videos etc which are expected.

Usually people complain about the default colour settings in their projector. So in our guide we will not only discuss regarding colour setting but general calibration, brightness, contrast ratios, sharpness and tint as well.

So without ado, let’s get straight into it. 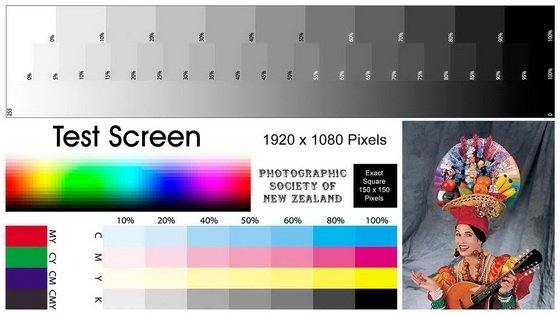 In order for carrying out the process of calibration, it is highly crucial for the sensor to be connected with the computer on which the software is running. This method is given the status of being easier and better as it comes with a proper manual carrying comprehensible instructions for better calibration resulting in better picture quality.

The process of calibration leads to better quality being produced by the projector. It is important first to warm up the projector, and later the projectors should be connected to a source, it may be a computer or a DVD etc.

At this point, the high-resolution image will be needed, an image can be derived from the computer such which has a black portion or a shadow cast. Let’s take a black car image for an example.

Note : You can begin with the process with high resolution carrying image or video displayed, tweaking the projector to produce better results. The reason behind using a high-resolution image is that colours are perceived differently by every human, while some are colour blind, so a balance is provided with a high-resolution image. 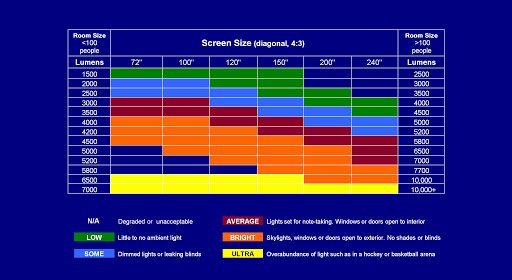 Since the projector is already connected to a proper source and a high resolution carrying video or image is displayed on the big screen, find the calibration setting of the projector.

Find the MENU and further control it to brightness, another name used for it is “black level“

It is rather known that projectors come in different models and have different manufacturers, there are certain projectors which come with a pre-configured modes such as “cinema” “movie” “sport” or “game mode”.

From the given options locate USERS. Begin by turning the level of brightness to the maximum, which will make the image to appear transparent, after that slowly bring the level back to normal, making the picture look natural.

Note : The image should not even be too black, bring it to a point where it is neither too black, grey or light.

Another name used for contrast is white level. For this, the person needs to start by increasing the level of brightness to the lowest, which will further darken the picture. Stat increasing it slowly until the image looks natural. Return to the brightness panel to make sure the brightness level is still intact.

Chrome and saturation are used to refer to colours, it is the most noticeable element of the image, and it easily portrays whether the image is poor or good.

If you notice that the image is too black, then the projector needs to be tweaked more.

The tint is also known as Hue, and this affects that respective performance of the image displayed at large. In order to calibrate this element, increase the level of tint to the maximum, which will make the picture appear to be green, depending on the type of projector being used.

Start decreasing the tint level until the image appears to be natural with a natural-looking black car, and the background should also appear to be natural.

The details tell a lot about the respective sharpness of the image; this element is very important and needs to be calibrated in order for the picture to appear the best on the projector.

You should begin by either increasing or decreasing to either end of the respective spectrum until and unless the image appears to be at a balanced level of sharpness.

One thing which needs to be made sure of that is that the image which is being displayed needs to look natural and not at all distorted. For this, you should have an idea about how the image should look like.

It is better advised for you to go back one by one on all the panels of the elements which have been calibrated, in order to make sure that the settings made are still intact. Once that is done, the person is then required to save the settings on the projector.

This will lead to the displayed video or image to look amazing and exactly how they are meant to look like. In order to ascertain a good saturation balance or colour, any movie can be played on the projector by the respective person.